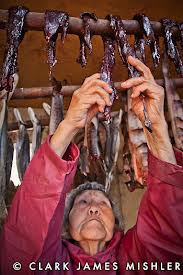 I am going to begin this with the comment that Floyd Davidson posted on ALASKA DISPATCH in reference to the Yup’ik fisherman that were arrested for fishing king salmon during a closure on the Kuskokwim River in 2012:

“So far the only tradition the laws have been designed to maintain is that of money for commercial fishing. It’s nice to see an attorney that has actually learned something about Yup’ik culture and Indian Law, and is willing to assert it.
Lets remember that until Statehood ownership of those fish came under the sovereignty of the Yup’ik people, and when the Federal government allowed the State of Alaska to form a socialist government with common ownership of natural resources it was literally stealing those resources from their owners.
That was later made “legal” by ANCSA, but there cannot be any justice if we do not regulate that resource for the primary benefit of the people from whom it was taken!” 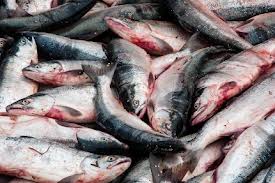 [Yup'ik Alaskans on trial for violating salmon fishing restrictions claim religious rite (please click for Alaska Dispatch arcticle--)Jill BurkeNovember 12, 2012"Davis counters that if conservation is truly a driving motivation, then the state and federal governments would do more to diminish salmon bycatch on the high seas, caught before salmon ever have a chance to return to the rivers."]

Gary Patton post continues:
There it is. Thank you Frank.

In my opinion the Yup’ik have a good chance of winning their case. They have “The Law of The Sea” on their side, as well as the STATE OF ALASKA’S lack of jurisdiction over the Yup’ic for the following reasons:

FIRST: The big question is did Russia own Alaska? Even under in temporal law of the time, Russia had not fulfilled any obligation to be able to claim title to Alaska. All Russia had in Alaska, was some trading rights with some of the peoples of Alaska. That was it. Russia had not established any form of Government, no cities, nor any of the things required under the rule of law as a way to claim title. This is important to understand.

SECOND: Before Alaska became a territory, it was the DISTRICT OF ALASKA, then became the Territory of Alaska, and was placed on a list of “non-self-governing territories” with the United Nations under article 73e. There was an obligation on the part of the United States to see to it that the first peoples of Alaska would become educated, and allowed to become self-governing. This did not happen. For all the United Nations knew when the United States quit reporting to them, Alaska’s people were of one. This was not true. This is important to understand.

THIRD: A STATEHOOD ACT requires a vote of the people. The question becomes, who were these people, and what criteria is required to call upon a vote for STATEHOOD? How many resident people are required to vote, are transient people allowed to vote, such as military personnel? It was a military vote that carried the STATEHOOD ACT! The VOTE for STATEHOOD did not follow the rule of law; therefore, it should nullify that ACT. This is important to understand.

Article XII, GENERAL PROVISIONS, SECTION 12. The State of Alaska and its people forever disclaim all right and title in or to any property belonging to the United States or subject to its disposition, and not granted or confirmed to the State or its political subdivisions, by or under the act admitting Alaska to the Union. The State and its people further disclaim all right or title in or to any property, including fishing rights, the right or title to which may be held by for any Indian, Eskimo, or Aleut, or community thereof, as that right or title is defined in the act of admission. The State and its people agree that, unless otherwise provided by Congress, the property as described in this section, shall remain subject to the absolute disposition of the United States. They further agree that no taxes will be imposed upon any such property, until otherwise provided by the Congress. This tax exemption shall not apply to property held by individuals in fee without restrictions on alienation.

Fifth: The original peoples of Alaska were subject to ARTICLE V SUFFRAGE AND ELECTIONS (Qualified Voters) of the Constitution of Alaska. Particularly, SECTION 1., where it states: “A voter shall be able to read or speak the English language as prescribed by law, unless prevented by physical disability. This has the appearance of an apartheid clause, because the majority of the original peoples could not fulfill that requirement, therefore were not allowed a vote for STATEHOOD! This is important.

Sixth: The Alaska Native Claims Settlement ACT. This ACT was never voted on by the original peoples of Alaska in any form to either accept or reject the ACT, let alone placed before the original peoples as a referendum as it should have been. This should nullify that ACT, and gives us reason to revisit these ACTS that resemble ACTS of Apartheid. This is very important for everyone to know. 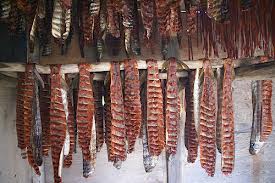 
( http://kyuk.org/aclu-supports-yup%E2%80%99ik-fishermen-in-trial/ )  [The American Civil Liberties Union of Alaska is joining the Yup’ik fishermen trials. The group has filed an amicus or “friend of the court brief” in support of the fishermen’s right to fish as part of their religious practice.by ANGELA DENNING-BARNES on FEBRUARY 12, 2013  ]