a Glimpse of Health Disparities in Yup'ik Villages


Enormous Disparities in Health are just the tip of the iceberg of colonization and assimilation in Alaska's indigenous communities. 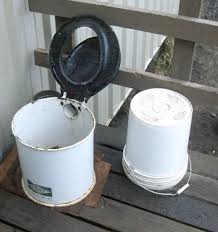 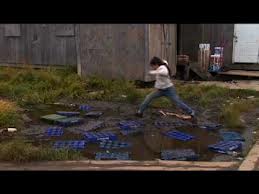 Billions of dollars in tax breaks for multinational oil companies are gifted by the Alaska politicians, but basic human rights of indigenous peoples in Alaska are ignored.

Not only is the Governor and his little "Eichmann's" in the Legislature employing policy's and regulations to wipe out Alaska Native rights to traditional and customary foods; the State of Alaska has $45 Billion, or $45,000 Million dollars in their savings account (Permanent Fund), which Gov. Parnell is giving to the oil companies. 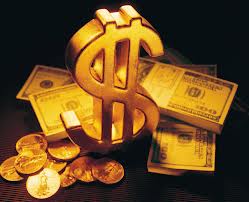 So in 2013, 54 years after US Congress passed the Alaska Statehood Act, 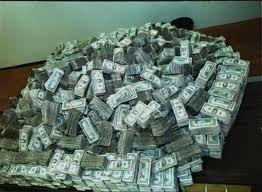 WHY are 45 percent of Yup'ik homes in Alaska still peeing and pooping in 5-gallon buckets with the RICHEST STATE ($45B) in the RICHEST COUNTRY on the planet????? 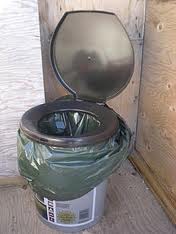 APARTHEID (definition by http://en.wikipedia.org/wiki/Crime_of_apartheid )
The crime of apartheid is defined by the 2002 Rome Statute of the International Criminal Court as inhumane acts of a character similar to other crimes against humanity "committed in the context of an institutionalized regime of systematic oppression and domination by one racial group over any other racial group or groups and committed with the intention of maintaining that regime."

Please read the following for a short glimpse of just a few of the results of decades of apartheid instituted by the State of Alaska towards rural Alaska villages....

by ANGELA DENNING-BARNES on MARCH 22, 2013
The U.S. Arctic Research Commission is in Bethel for their 100th meeting. The Commission is an independent federal agency that helps plan research goals on the national level. There are eight commissioners, four of them from Alaska, including Mary Pete of Bethel. Pete says it is their first time meeting in the Bethel region and their visit is two-part: they hope to learn more about the Yup’ik people and they are also releasing their 2013-2014 goals report.

Listening to local researchers has been a big part of the Commission’s Bethel trip. Thursday they heard from Bethel mayor and YKHC Medical Director, Joe Klejka. He talked about many brow raising statistics within the Yukon-Kuksokwim Delta compared to the Lower 48.
The disparities include higher unintentional deaths, cancer, suicides, alcoholism, and dental disease.
Klejka said the dental problems start before children enter school, often times leading to major surgery.
“We were doing–between us and Anchorage–450 full mouth restorations on kids before the age of starting school here, a year,” Klejka said. “75 percent of our children. That’s just an astounding amount of disease.”
The reasons stem from a number of things including lack of services such as running water.
Not counting Bethel–the region’s hub–about 45 percent of homes still use honey buckets.
When talking about social ills like alcoholism and suicide, Klejka said they are symptoms of a huge break down in culture. That’s stemmed from Westernization when whole communities died from diseases like TB, children were taken from homes to attend boarding schools, and now, children idealizing what they see on television, something far removed from their village reality. Klejka, along with other local speakers, said a key to healthy Arctic communities is keeping cultures alive.
That includes health benefits from a traditional Yup’ik diet which is high in omega 3 fats, Vitamin D, and good cholesterol. Andrea Bersamin with the Center for Alaska Native Health Research told the Commission that the younger the Yup’ik person is, the less traditional diet they are eating. Among 14 to 19 year olds, less than 10 percent of their food is coming from a traditional diet. That’s compared to diets of people over 60, who eat about 50 percent traditional foods.
“So, that’s concerning because they’re disconnecting from the local food system which puts them at greater risk for food insecurity and for development of chronic diseases,” Bersamin said.
Bersamin’s team has research going to counter the trend of moving away from a traditional diet which is called, “Fish to School.” It puts local fish on school menus once a week. Two school districts in the region are participating in the pilot project.
The U.S. Arctic Research Commission is continuing to hear from local research leaders today at the cultural center.
The group plans to visit the Cama-I Dance Festival this evening.
Posted by AK Big Village