SAVE OUR SCHOOLS: oil-slicked Juneau and racist Chicago?

no to vouchers, yes to BSA 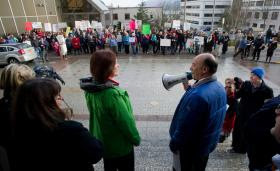 
Sen. Berta Gardner, D-Anchorage, and Rep. Les Gara, D-Anchorage, along with other legislators speak during a "Save Our Schools" rally attended by public education supporters on the steps of the Capitol on Tuesday.

Calls to put education before funding oil exploration were directed at the governor’s (Parnell) third-floor windows.
Rep. Beth Kerttula, D-Juneau, said the state (Alaska) should fund schools at least as generously as it does oil exploration.

Senator Johny Ellis: " The (Alaska) Senate has narrowly passed a massive transfer of Alaska’s oil revenue to multinational corporations....
Alaska’s $17 billion savings reserve will be depleted to give massive amounts of money to (multinationa)l corporations currently making billions per year in profit."
http://alaskasenatedems.com/senator/ellis/032113_fromthedeskof_ellis.htm

Why are corporate-private "vouchers" bad?


February 15, 2013
NEA-Alaska Statement on Senate President Huggins Actions Today Regarding Vouchers
"SJR 9 significantly changes Alaska's State Constitution, by allowing state funds to be diverted to private and religious schools. When Alaskan Constitutional Delegates gathered in Fairbanks in 1955-56, they were concerned with the dual system of education at that time: one run by the Bureau of Indian Affairs and one by the Territory of Alaska. The delegates wished to create a unified school system free from sectarianism and partisanship. SJR 9 would once again create a dual education system in Alaska: a public school system that is bound by state and federal laws and a private/religious school system that would receive public funds but would not be held accountable for results or use of funds.
With such a proposed dramatic change to Alaska's educational landscape, it is stunning that Senate President Huggins would decide that the Senate Education Committee would not even get to hear the bill. This action holds Alaskans in very low regard. If Alaskans are to consider rolling back 50 years of constitutional language, there should be ample opportunities for public comment and to vet the idea of vouchers thoroughly."
President Ron Fuhrer

Also in Chicago yesterday...thousands of teachers rallied on the streets... 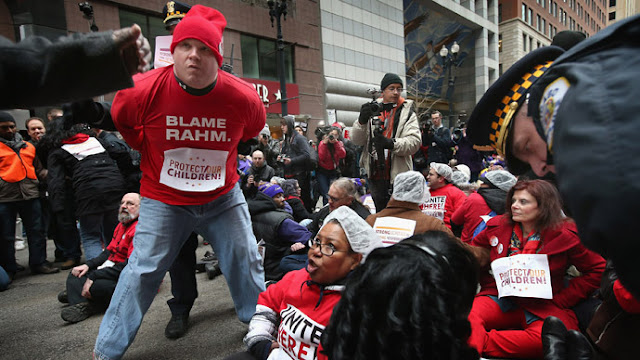 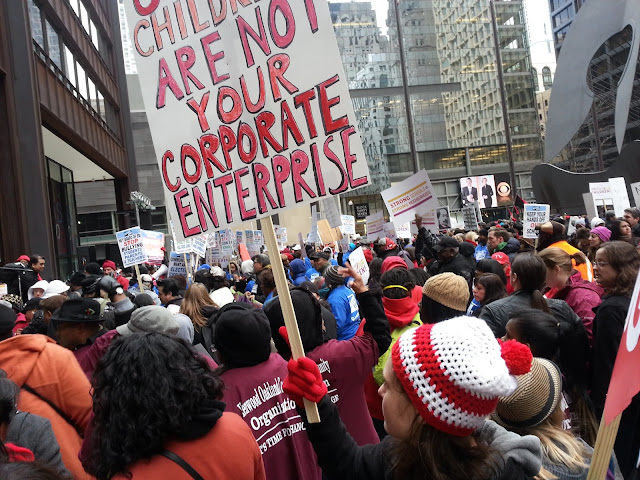 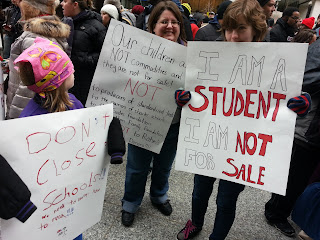 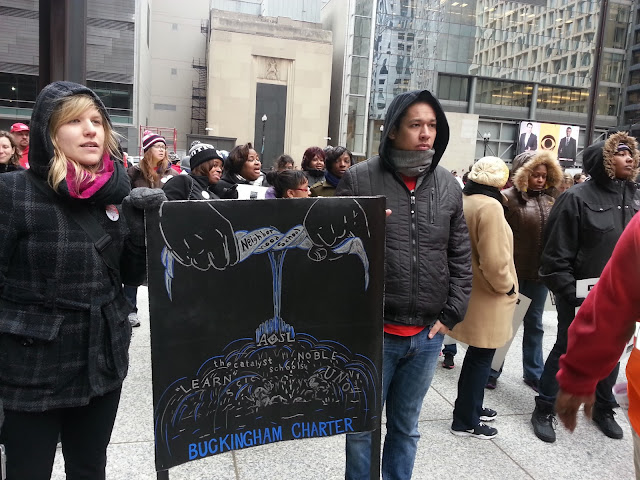 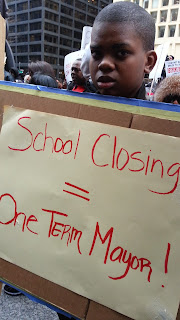 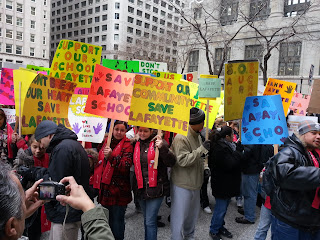 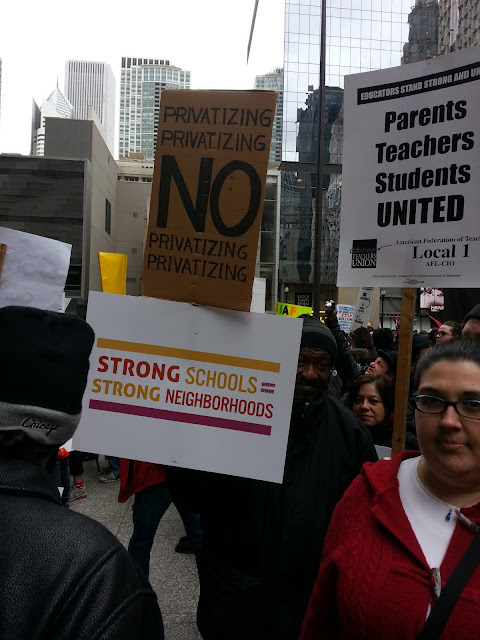 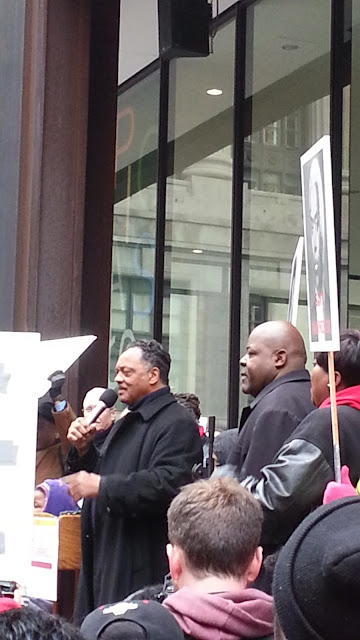