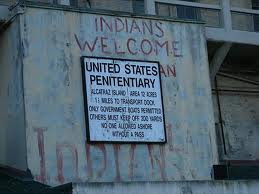 "Among Alaska Natives, incarceration patterns are as disturbing as they are intransigent: even though Alaska Natives comprise only about 18% of the state's general population, they make up 36% of Alaska's prison population."

"Too many of Alaska's young men - particularly our young men of color - are spending their early adulthoods in our prison system. Their futures are being shaped not by the normative influences of their families, homes, and communities, but by the rules and rituals of life behind bars. As the years go by, they will be less and less able to function as productive citizens - less and less likely to forge a healthy course for themselves and their families. Too often, this legacy passes to the next generation, where the tragic pattern continues.

Letter: Parnell should be working for us,

not for the oil companies


I looked Sean Parnell up in Wikipedia. Here is part of the listing. “Parnell left the Alaska Senate to become director of government relations in Alaska for the oil company ConocoPhillips. In 2005, he joined the lobbying firm Patton Boggs, where he advised clients on state and federal regulations governing development of major oil and gas projects. Patton Boggs represented ExxonMobil in the Exxon Valdez oil spill litigation.”
As our governor, he is supposed to be working for us now, not the oil companies. The State Retirement System is not fully funded, our schools are laying off staff and he wants to give up billions to further fatten the oil companies. I consider this thinly disguised robbery. We will be the losers if we allow it to happen. Call your representatives and tell them that a vote for this fiasco is their ticket to a new line of work!
— Mark Beaudin
Anchorage 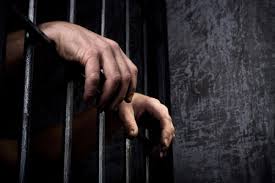 enforce these laws, the “choose

respect” campaign is working to place an entire generation

behind bars.The 2014 election can’t get here fast enough. We can continue on this destructive path, or we can instead spend our resources in improving the living conditions, education and treatment options. We can and must stop opposing tribal jurisdiction and allow Tribes and communities to pass and enforce their own laws, and sentence their citizens according to their own values. We should not allow any young man to plead to a domestic violence offense until after he has spoken to an attorney. Finally, we must stop passing laws simply because politically it sounds good to be tough on crime and presumptive sentencing, where no option is given to the Judge but imposing years of jail time.The choose respect campaign is a failure. My 82-year-old friend from Kipnuk said it best: “State of Alaska created these laws somewhere else. They send people from somewhere else to arrest our young men. They are going away longer and longer to live with the non-native people. And when they come back they’re worse, and fat.”Jim Valcarce is a resident of Bethel, AK."

Robert J. M. Gregory
The poor have become the enemy.”
A line from Irish Dement’s song “Living In The Wasteland Of The Free. Circa 1996.

Granted that the way this country has deteriorated in ways of living-- where equality is just a word in the Merriam-Webster Collegiate Dictionary. More of a reflection of the status-quo mindset is an extension of Chris Hedges book titled, “American Facism: The Christian Far Right And Its War On America.” That I read five years ago. Evidence: The Moral Majority.
This self-righteous group that bases its beliefs on intolerance to the other ways of living that is not easily accessible by others not in their following of an autocrat.

The condemnation of ones who are not in their fellowship is based on fear of an extension from the paternalistic force from last century’s Europe.
That mindset may be a basis of what Jim’s overview of the anti-native-male concept of the Alaska Judicial System’s modus operandi.

To follow the concepts that teach not love, care, or nurture (indigenous beliefs) but to condemn, punish, and think they will go to Heaven, while the rest of not within their beliefs, go to Hell.
With that concept that they are sinless in the eyes of their god, gives them permission to persecute with no mercy toward whom-ever that is not with their group.

Such the way-- here in the Last Frontier. From the 1800’s to the 1900’s in early American History was the slaughter of the Red Man beginning the Dakota’s (Lakota). Such were the victims of colonization to be later assimilated to The United States of America.
Then the Midwest on to the West, where “The Good Guys” at the Alamo were demolished my Mexicali. (Can’t win-em-all).

This may be an attempt to finally reap the cliché “The only good Indian is a dead Indian. Not with a sword and bible carried in each hand; then, is a man coming to kill; but this time with a gun and a badge to continue with condemnation native male Alaskans..

This thinking began over 200 years ago and is finally here in my hometown Bethel, Alaska for the last 20 years or so. As the conservative continue migrate here to fulfill the promises of The American Dream… as in Irish Dement song continues, “…justice has fell to the bottom of the sea…”