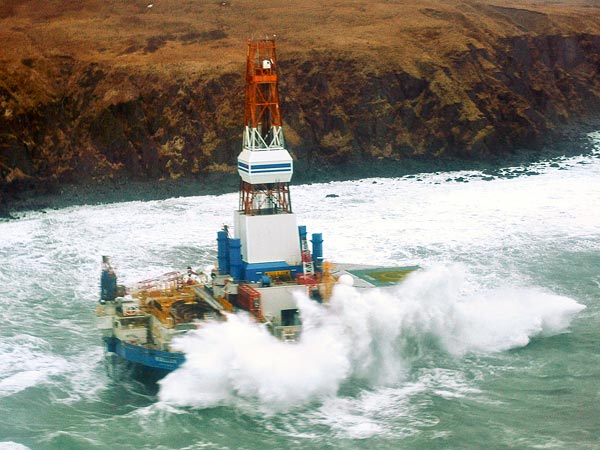 The vessel ran aground Monday night 12.31.12 in a rocky area on the southeast side of Sitkalidak Island on the northern end of Ocean Bay, Kodiak Island Borough, Alaska. 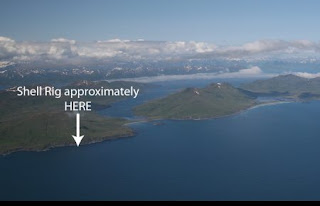 "We've got a pattern of failures," said Carl Wassilie, a Yup'ik Eskimo who coordinates a grass-roots group called Alaska's Big Village Network and helped organize a protest Monday outside the Frontier Building, Shell's Alaska headquarters. "I'm saying no, there's no way that I can see any feasibility of drilling in the Arctic, especially with the extreme conditions that we're seeing, not only with Mother Nature right now but also just the technical aspects of the failures that we're seeing with the fleet." 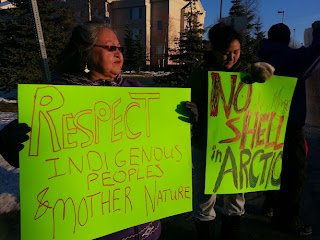 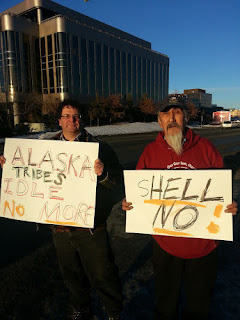