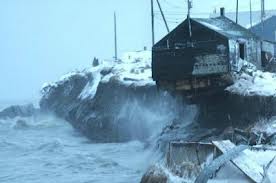 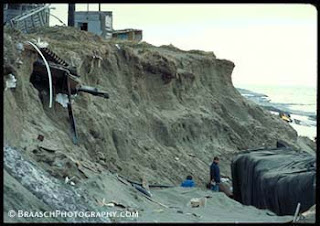 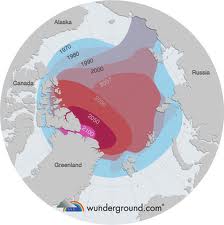 According to the non-partisan Government Accountability Office, 31 indigenous villages in the Arctic region of Alaska face imminent threats from climate change. As many as 12 have decided to relocate, and one, Newtok, has identified a site and will start building new homes this summer. Biologist Carl Wassilie, a Yup’ik Eskimo and one of the founders of Alaska’s Big Village Network, is in town for this Saturday’s Climate Crisis Summit in Chicago at IIT’s Kent College of Law. Today, he stops by Worldview to talk about the Alaskan villages facing imminent threat. 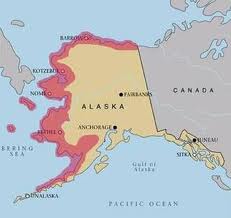 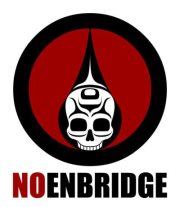 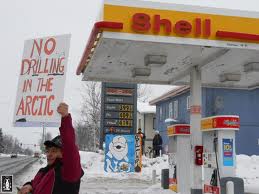 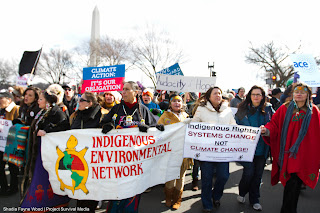 
Climate activists descended on Washington, D.C., on Sunday in what organizers boasted was the largest climate-change rally in American history, claiming more than 35,000 attendees.
The Forward on Climate rally, as it was billed by environmental groups Sierra Club and 350.org, called forPresident Obama to take immediate action on climate change, with many calling for the government to block the construction of the oil pipeline known as Keystone XL.
Protestors marched through the streets bearing placards and massed on the National Mall, where speakers addressed the crowd. Washington police declined to provide a crowd estimate.
"Today was one of the best days of my life, because I saw the movement come together finally, big and diverse and gorgeous," 350.org President Bill McKibben tweeted after speaking at the rally.
Keystone XL has been a signature issue for climate-control activists, who caught policymakers and the pipeline industry off guard with 2011 protests against the proposed pipeline, which would bring so-called tar sands oil from Canada into the United States.
Although other proposed pipelines inside the U.S. would shunt larger amounts of oil around the country, the proposed TransCanada project must pass through a legal bottleneck in order to be built: U.S. law requires federal approval for new pipelines crossing international borders, making the pipeline more vulnerable to concentrated political pressure.
Opposition has since led the Sierra Club to lift a long-standing ban on civil disobedience for the sake of opposing the pipeline's construction. The club's executive director, Michael Brune, was arrested at a Wednesday protest outside the White House.
Obama is expected to make the decision whether to approve construction of the pipeline, which proponents have said would limit U.S. reliance on Middle Eastern oil.
Opponents believe the process to produce and refine tar sands oil from Alberta, Canada, would be more carbon-intensive than typical oil production, potentially accelerating climate change.
According to a 2012 Gallup poll, 38% of Americans think global warming will harm them in their lifetimes, up from 25% in 1997. However, according to a January poll, 57% of Americans are satisfied with the environmental state of the nation, up 3 points from 2005.
Except for 1998, the Earth's nine warmest years on record have occurred since 2000, according to reports issued in January -- one by the National Oceanic and Atmospheric Administration and the other by the National Aeronautics and Space Administration. Last year was reported as the warmest on record for the lower 48 states. 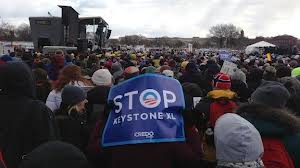